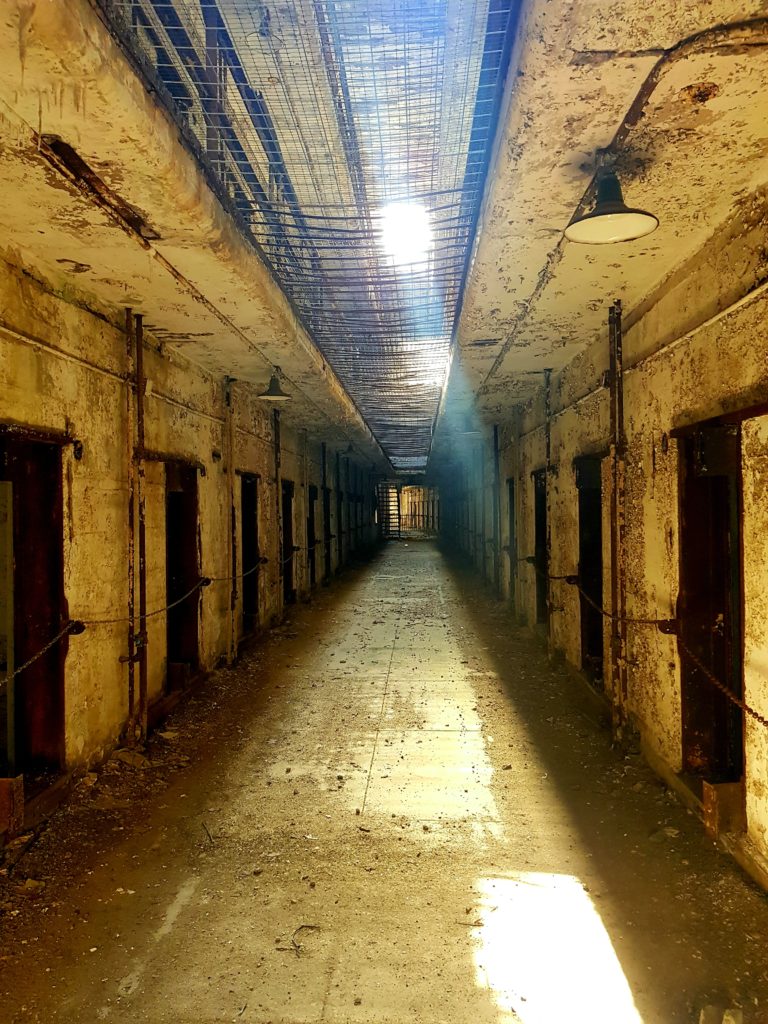 The Eastern State Penitentiary, opened to inmates in Philadelphia in 1829, was built to offer a penitent, solitary, experience where the inmate immersed themselves in religious and moral renewal and emerged a model citizen of the world. But quickly, these idealistic goals crumbled as the prison filled up. When Anne Hinson, inmate #100, was admitted into ESP in 1831, the guards, warden, and other figures of authority in the prison were not equipped to handle female prisoners. Therefore Anne, along with a few other female inmates, was largely ignored. Along with the help of quasi-matron Mrs. Blundin, Hinson transcended the life of a typical inmate and resisted punishment by taking part in labor in the public sphere of the penitentiary. It is clear there was an active effort to remove the record of Anne’s existence within the penitentiary walls, as well as a misogynist agenda to blame the women in the prison (namely Mrs. Blundin) for the culture of sex and drugs that the male employees freely joined in on. In 1834, Thomas B. McElwee, a member of the Philadelphia legislature, undertook an investigation on reports of immoral conduct and prisoner punishment at the Eastern State Penitentiary. He compiled many testimonies, from individuals employed at Eastern State to visitors, asking them questions about ESP’s environment and if they observed any issues. A trial was conducted a few months later, and the findings were published in two volumes called A Concise History of the Eastern Penitentiary of Philadelphia in 1835. 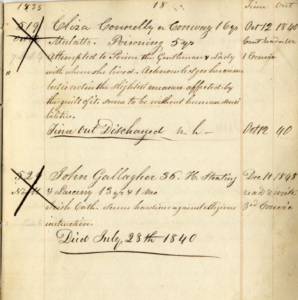 Our game attempts to illustrate the contrast between theory — McElwee as an outsider — and practice  — the real experiences of the inmates like Hinson  —  at the Eastern State Penitentiary in the 1830s.

We want to inform players about what life was like for the first incarcerated women at ESP in the context of ESP’s more general environment. We want players to understand how the individuals who challenged the “separate and silence” system were viewed as a dangerous by the advocates of the system.  Both storylines included in the game are fictional. The names of the characters and their subsequent roles (i.e. warden, legislator) are historically accurate, but their physical appearance is not. The background images and the character silhouettes used are ahistorical, which represents the relative anonymity of the people involved — there are no recorded physical renderings of any of the characters — as well as the many ways in which the stories of the characters transcended their historical environments.

Type to search or hit ESC to close
See all results
This site is part of Humanities Commons. Explore other sites on this network or register to build your own.
Terms of ServicePrivacy PolicyGuidelines for Participation